Kep, Cambodia. Or as the French once called it, Kep Sur Mer, is a small seaside town that was once a romantic getaway for the rich and famous of Cambodia’s bourgeois class. Jungle clad mountains rolling into turquoise waters made it the perfect escape for upper class Phnom Penhoise. That is, until upheaval, genocide, and decades of civil war ripped Cambodia into pieces, leaving behind only the ruined mansions of Kep, a ghostly reminder of what once was here.

The Golden Age of Kep

Back in the 1920s, when Cambodia was still under French control, the French turned Kep into a seaside resort town. And when King Father Sihanouk of Cambodia negotiated a peaceful independence from France in 1953, the Cambodian upper class continued the trend, turning Kep into an elegant seaside getaway.

Part of that transformation included the building of sophisticated modern and art-deco style houses in the mountains overlooking the sea. These structures, designed by some of the most fashionable architects of the 1960s, including the beloved Vann Molyvann, reflect the so-called “golden age of Cambodia.” To my untrained eye, they’d fit right in among the art-deco houses of Los Angeles’ Laurel Canyon. 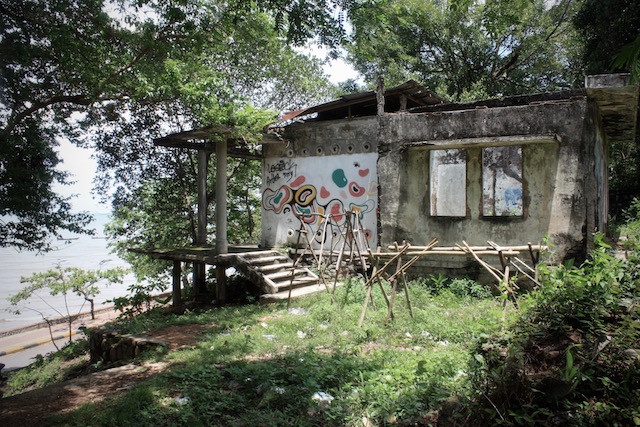 When the Lon Nol government took over Phnom Penh in 1970, expelling King Sihanouk, construction of these mansions was put on hold. That construction was halted forever when the Khmer Rouge came to power.

Given its location in between Phnom Penh and Vietnam, Kep was affected by the war in Vietnam and the wars in Cambodia. When the Khmer Rouge took over the city, they rounded up Kep’s upper class, forced them into a gas station, and lit the building on fire.

Kep’s fortunes didn’t look good even after the “fall” of the Khmer Rouge in 1979. A faction of the Khmer Rouge continued the fight in the hills and mountains of Kampot and Kep until well into the 90s. By then, the romantic lifestyle of the 1960’s felt like a dream, slipping away and tinged with horror.

Today, Kep is finally in a full blown recovery. Khmer families travel from across the country to relax by the shore and enjoy Kep’s famous blue crab. Foreign tourists travel for a day trip from Kampot. Some, like me, decide to stay for a few days. Kep is a relaxed and beautiful seaside town but the scars of its violent past live on.

The Abandoned Houses of Kep, Cambodia

Just a cursory drive around the town reveals glimpses of Kep’s abandoned houses poking out of the jungle. Spend a day exploring the back streets and you’ll come across ruin after ruin, like a sick modern parody of Angkor Wat. Many of the houses have been reclaimed by the jungle, some are gone forever, marked only by the 1960’s era wall surrounding the overgrown plot of land. 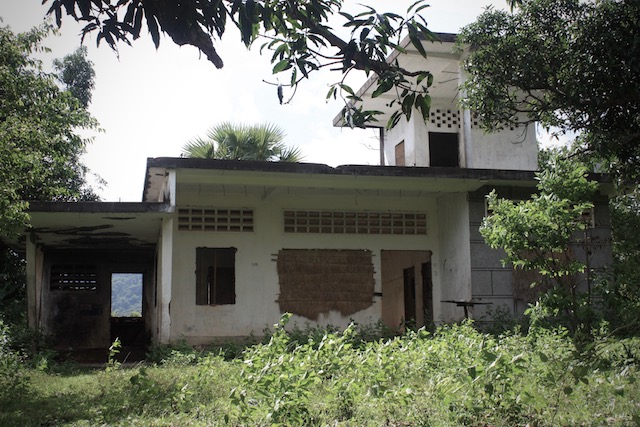 Still others have been reclaimed by Kep’s population, filled with squatters and families who, perhaps too poor or perhaps too afraid to relive the painful memories, live in the broken down ruins without rebuilding.

In today’s Cambodia, where the land is more valuable than their cultural heritage, these ruins face an uncertain future. Many have already been torn down in the face of new development, and many more will soon be removed as well. 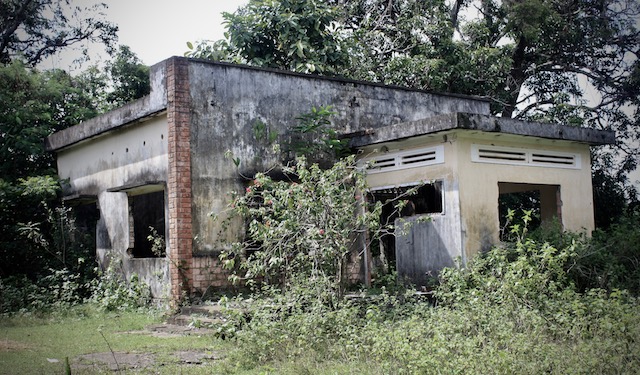 But I was in love with these ghosts of Cambodia’s golden age. I found them compelling and haunting, pulling me back in time to a Cambodia before the fearsome pain of the Khmer Rouge wars. I hope, for Cambodia’s sake and for tourists’ sake, that someone protects these 1960’s mansions of Kep, keeping at least a few of them safe for the next generation of curious explorers.